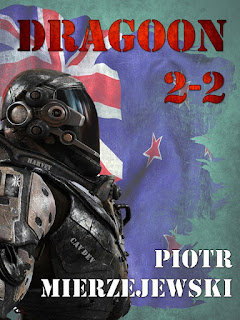 To celebrate the release of Dragoon 2-2, the first in a planned CAVDEV trilogy, I thought it is prudent to answer some questions that I know you want to be asked. So, without further ado, here we go.

What's the story about?The story focuses on New Zealand's response to a global alien invasion and follows Nathan Harvey, who survives the initial attack on Auckland, survives Wellington, and gets signed onto the recently unclassified Cavalry Development Group.

The Cavalry Develop-what-now?The Cavalry Development Group, or CAVDEV for short. Within the premise, it's a covert research and development group that was setup after the United States and her allies realized humanity would have guests twenty years prior to the time the story is set in 2039.

Why set it in New Zealand?New Zealand is my home and wanted to celebrate it. Plus, most alien invasion movies and books focus on the States. I figured that it be a nice change of pace, as it'll showcase the country to non-New Zealand readers.

The New Zealand Defense Forces in the book are equipped with things it isn't in real-life, why is that?Firstly, because it's set in 2039.
Secondly, the geopolitical situation in our region may have changed drastically to get the New Zealand government to start investing in new hardware (I heard yesterday that the RNZAF will be getting the J model of the C-130 Hercules, which feature in Dragoon 2-2).


I heard that there will be two other books in the series.
You heard correctly.

I am already working on Dragoon Liberator and Dragoon Commando is maturing in my head.

Where do I get it?
Here. 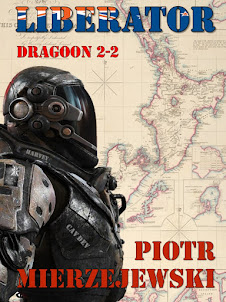