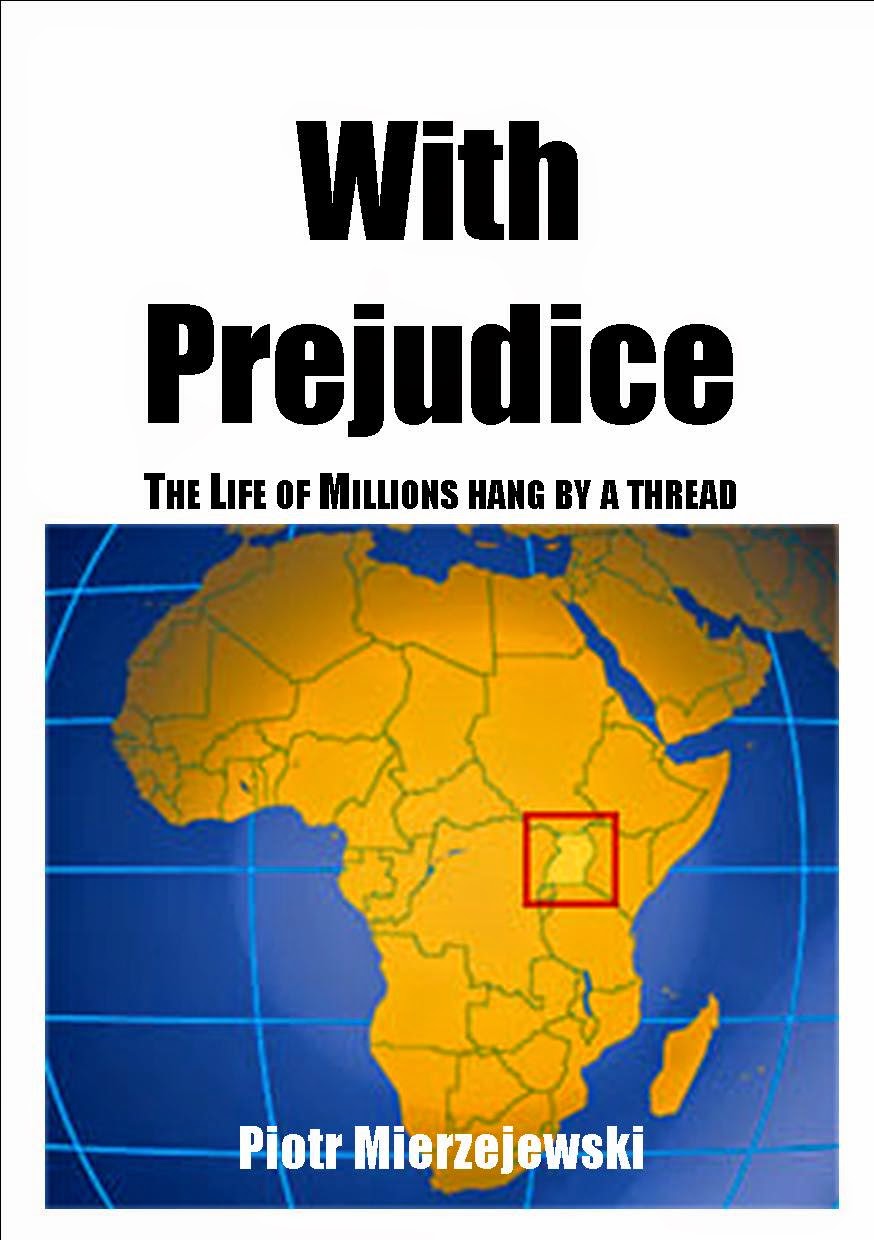 Introduction:
Good evening my friends, and let me welcome you to a little experiment, a story written by me and posted onto my blog. Each post will be titled with “With Prejudice” and will be followed by a number. Why am I doing this, you ask? Simple answer is pretty simple, it will get me into the writing routine on a more regular basis—at which point you the reader will hopefully get to see a new scene of around 500 to 800 words, if not a tad more, once or twice a week—and secondly, you would be entertained.
The story will feature one of my favourite characters from my play-by-email days, where he would take on the role of a sergeant in the European Police Office in the year 2049. He will be a little grittier and a tad rougher around the edges, but some of you may recognise him. The setting is Kamala, in Uganda.
Please do provide feedback in the comments section below. Besides, now and then I may ask you on what you think on what may happen next, but don’t worry if I go ahead and do something different (the likelihood of that happening is fifty-fifty... eh, what can I say, I am a writer... we’re weird like that).
Anyway, sit back, grab a cup of coffee or beverage of your choice, kick your shoes off your feet (or just throw them at your nearest colleague if you are reading this over your lunch break), and enjoy.
Story Premise:


Uganda has experienced an economic boom, thanks by in large to the jointly operated space-elevator. With European law enforcement providing support, the country also has entered a new era of peace and unity.
The space-elevator was seen as its saviour.
It was also seen as its ball and chain, where some believed that the politicians had sold Uganda out to Europe’s attempt in renewed colonisation.
Upon being called that his best friend and partner was killed in a fire, Sergeant Bowman Akers of the European Police is thrust into a cobweb of corporate backed espionage, disseat and divided loyalties, and tasked to break in a new partner.

The moon lit the bedroom’s interior sufficiently through the partially opened window; its brilliance clearly seen above the apartment complex. After five years stationed here Bowman Akers was immune to the spectacle as he rolled over and reached for the wireless clip-on earphone and microphone. Frowning as he eyed the caller’s identification credentials on the communicator’s small screen, it was his boss. He clipped the ’phone over his left ear and tapped it.
“This better be good, Shoe,” he grumbled as he lay back down and stare at the ceiling.
“I bet that you only got home a half an hour ago,” the voice of Shinshuu ‘Shoe’ Takata sounded muffled through the tiny speaker. Or was that disappointment? Akers wasn’t really sure. Then again, he didn’t really care as he massaged his forehead.
He then checked the time, and barely suppressed a groan. He had stumbled back into his apartment at four in the morning, and looked as if he had somehow managed to catch some sleep over the last two hours. He was quite happy with that. two hours sleep seemed like his personal best. “A while ago,” he amended, while running his hand over his jaw. The grimace returned. Akers needed a shave.
“Don’t tell me you’re hung over,” voiced Takata in his ear.
“All right,” agreed Akers, wondering if his friend and boss was going on the soapbox again and lecture him on why Akers shouldn’t dive back into the bottle, or why he should not be overly reliant on anti-sleep stimulants for that matter. Not that he did go out with the aim of getting drunk, even if a part of him wanted to. As for the stims? Well, that was easy to rationalise. Most often than not, Takata had him called away to spearhead an away team or assist in some investigation closer to home.
Still, all he really did was go clubbing with some of the others from the office that were going off-duty at the time, even if somewhere along the way he ditched them and went solo. Or was that the other way round? Akers wasn’t entirely sure. “I won’t tell you that I’m hung over,” he finished and then sat up on the side of his bed, and felt the bedroom spin. “Much,” he muttered, pinched the bridge of his nose and shut his eyes briefly. Frowning, he breathed out slowly. “There a reason why you called?”
“We have a situation,” Takata announced.
That was nothing unusual. There was always some sort of situation.
“Anywhere in particular,” Akers wanted to know, “or is this just a blanket statement?”
Takata’s response was to snort. “It just is.”
“So, what’s the situation?”
“It’ Baric.”
Akers frowned, momentarily confused. “What about Jozo?”
“When did you last see him?”
“Day before yesterday,” answered Akers, sitting up straighter and focused on the moon.
“Yeah, he ought to be enjoying some quality time with his kid.”
“Ought to be?”
“You know Baric better then I,” countered Takata via the earpiece. “Anyway, we got word that there was an explosion over at Nakawa ...” Akers straightened as he sat on his bed. Baric had an apartment there. “... The thing is, Bow, we can’t get a hold of him.”
“Can you pinpoint where he is?” asked Akers, the hangover largely forgotten now.
To better facilitate where everyone was, and be easily tracked by satellite, every member of the European Police Commission had a tracking chip inserted just below their left shoulder blade upon graduating.
“Right now, all we can tell is that he’s somewhere within the affected area.”
“That’s comforting,” muttered Akers as he turned his attention to the floor, looking for his clothes.
“I need you to investigate,” Takata announced.
“Have the locals called us in?”
“Not yet ...”
Akers regarded the moon, bright in the night’s sky.
“Ah, you still with me, Bow?” Takata sounded in his ear.
His thoughts turned to when he first met Baric, where the two started to love hating one another. Still, they had became friends afterwards. The two had spoken only a couple days ago, before Baric was to go on leave. Or more accurately—they argued.
“Can I shower first?” he finally asked, getting up as he did.

For the next installment, go here.