We are barely a month away from Christmas and New Year celebrations, with 2017 promising to be another year of change, self discovery and new opportunities. Oddly enough, I said that at the end of last year too. This year has certainly been one of change and self discovery, or rediscovery as the case may be at times.

My attempt at self employment had led to actual employment, albeit one that is a short term contract that I'll need to reapply for come next month when it becomes permanent. Learned lots about myself during both phases, and much about community development in a place like Dunedin here in New Zealand.

Writing wise? That has stalled a little. One short novel is the hands of editors, and has been for a while now. It is the one featuring Gene Bukowski, in which I hoped would be a series of stories following the adventures of what was to be a police-espionage thriller hybrid. Time will only tell. I do have two stories written up (one of which hasn't made a date with the editor just yet) in that premise, and am doodling with another possibility.

That's that for now. I will not promise to write regularly here, but will endeavour to update when I can. 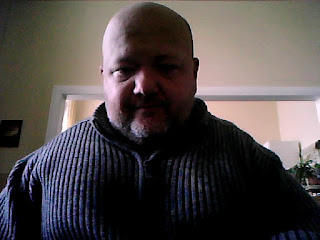