Whatever happened to Oranges?

A while back, my friend Nigel guest posted on my blog. Here is the link. As you can see, it was ages ago. You may be asking yourself "what of it?", considering that I've admitted in my previous post that I had a number of false starts writing-wise. The story was written back in 2011, and it had been my intention to simply showcase the story as it was. Nigel had liked it, but said it felt unfinished. Almost as if I was starting a story with multiple sub-plots and then boom . . . just walked away from it. 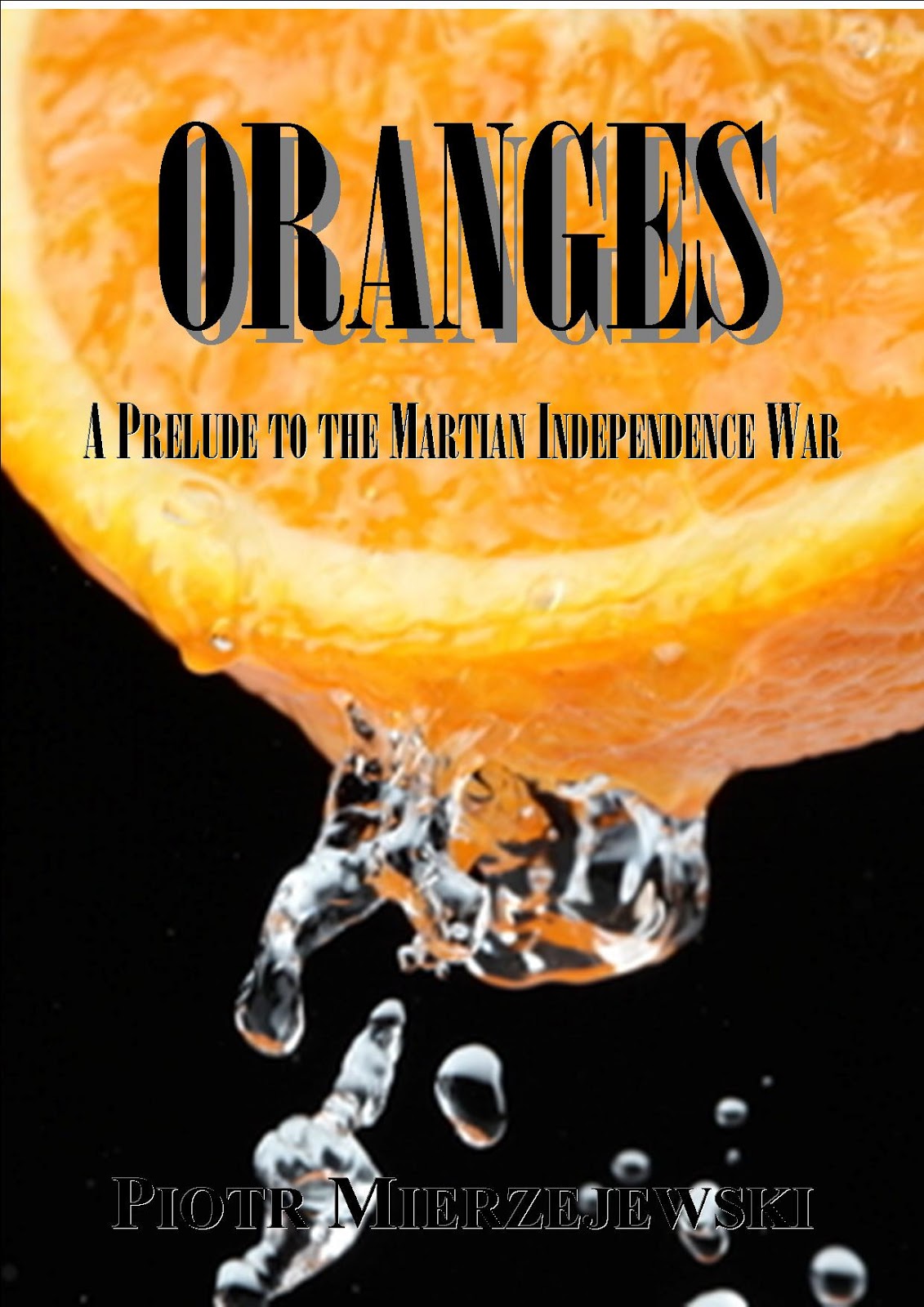 As you can see by the cover page (yes, it even had a ebook cover designed by little ol' me too) above the story was to be a prelude to a bunch of tales dealing with a Martian war of independence. All going there will be a new part later on in January-ish . . . or Febuary at the latest.

Yes, that means that in the new year I will try writing two serials and work full-time and have a life.