Would you believe that Christmas is roughly ten days from now?
Pretty scary that, wouldn't you think? Especially if no one had time to purchase presents for family and friends. Fortunately for you, I may have a solution; ebooks. They are awesome, mostly because they don't require trees being cut down.

Being forced to leave your teaching job and move to a remote part of Scotland, was not Michael Cameron's ideal choice, but when his wife, Mary, was offered a once in a lifetime opportunity for success, he didn't have the heart to say no.

Then he witnesses the murder of a first year student during a satanic ritual, thrusting him into a world he does not understand or believe, ultimately culminating in his wife's disappearance.

Wracked with guilt and despair, Cameron charges to her rescue only to discover he has a much larger part to play in the colossal battle between the spiritual forces of good and evil. 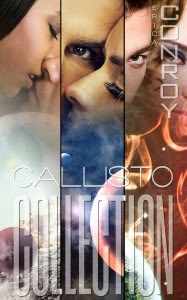 Hearts will ache and heads will roll!

Stealing damning evidence from a covert ops section of Space Corps makes Jasmine a target. So what does she do? What any good undercover investigative journalist would do, she runs. Hops the first civilian
transport ship off the planet, but with the bad guys on her heels who knows how long she’ll live. A vacationing half-alien colonel who is a deft hand with a sword might just increase her odds of survival, but helping this woman could be hazardous to his health!


Respect the enemy, fear his daughter...

Peace negotiations are easy right? Not when you're learning a language composed of hisses, growls and other guttural sounds. And that's not even the tough part for recently divorced diplomat Viktor Jacobs. No, that would be matching wits with the fiercely intelligent daughter of the opposing side. Between dodging her claws, avoiding a myriad of cultural taboos, and not accidentally getting married or killed, he has to somehow make the Lyrissians see that joining the Alliance of Worlds is the best choice for all of their futures.

She just can't get him out of her head--literally!

The exciting conclusion to the Callisto trilogy! The mastermind behind the genetically engineered children is revealed, mothers are kidnapped, feelings are felt and shockingly Xon grows up–just a little. The only question that matters is: does the Duarr finally get the girl? You’ll have to read United to find out!

Plus: Nancy and the Caveman ~ Anari and the Future ~ Norik and His Daughter

Since when did I promote romantic science fiction? Since now really, and mostly because Erica is a good writer.

Allusions of Innocence, edited by Jax Goss, is an anthology of short stories aimed at adults containing smart, precocious child protagonists. Many of the stories in the book are very dark and twisted, though they run the gamut from horror to comedy. The world of a child is not all innocence and sweetness. Children see the world differently to adults, slightly askew, somewhat less preconceived. They see the things adults have trained ourselves to miss. Their world is less explicable, more wondrous, more frightening. Here we have 18 such worlds, some funny, most dark, many creepy. Innocence has a dark side, and many of these stories will introduce you to it, sideways, sidelong, from the corner of your eye. Remember how strange the world was when you were a child? Welcome back to that world. The book contains 18 stories from 18 excellent writers.
on December 15, 2014